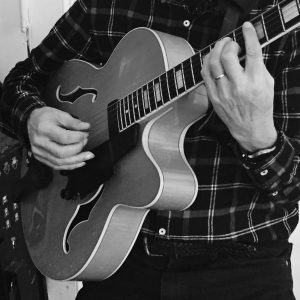 Hi everyone: guitar is great for learning a few chords and singing songs around the campfire. But what about folks who want to play the song ON the guitar rather than just play along with the singer? The method since 1950 is the Mel Bay Guitar book 1, and its variations from major publishers cashing in on its success. It is now outdated; you learn notes ACROSS the fingerboard which is totally un-intuitive. The guitar is meant to be played up and down the fingerboard where it IS intuitive. Why is it not taught that way? Well, try brushing your hands across the open strings. It sounds like, well, nothing identifyable. Now place your fingers on any white notes on the piano. It does sound like something musical! This is why. So a tool is needed to make the open guitar strings sound like something musical so you, the beginner, can have a musical experience. Enter the SpiderCapo and:

Why is piano so attractive to youngsters and beginners?
If you ask them, they will tell you because it is easy to pick out favorite melodies on the white notes,
This is because the white notes make up a Major Scale which is used for most melodies. School children, for generations, have learned solfeggio in school.
“ Do, Re, Mi, Fa, So, La, Ti, Do”
Solfeggio IS the white notes on the piano.
This is for most of us our first exposure and home base for understanding music.

The open strings are a pleasing G chord that invites experiment and exploration- unlike the amorphous sound of the open strings of standard
Guitar tuning.

What is learned in this comfortable setting is easily transferable to more advanced, un-capoed playing because, unlike a real open tuning, a capoed tuning does not change the notes up the neck. nor the intervals between the strings.

Clearly this is the most intuitive way to learn the sounds of the notes on the guitar, and play melodies easily and intuitively….like playing the white notes of the piano!

Click on the following link to see the lessons:
http://members.jamplay.com/lessons/phase-1/series/170-beginner-guitar-with-peter-einhorn

First, sign in using this code for a week of free lessons! 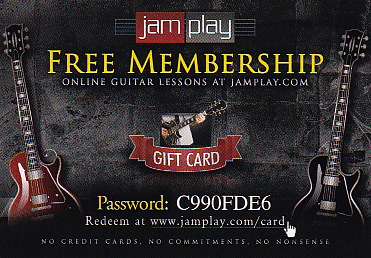